Getting the balance right in the refugee humanitarian-development nexus

Refugees need lasting access to basic services such as health and education, whether it be in their country of asylum or after returning to their countries of origin. They must also feel confident in their long-term prospects for livelihoods and the ability of local governance systems to enforce the rule of law. 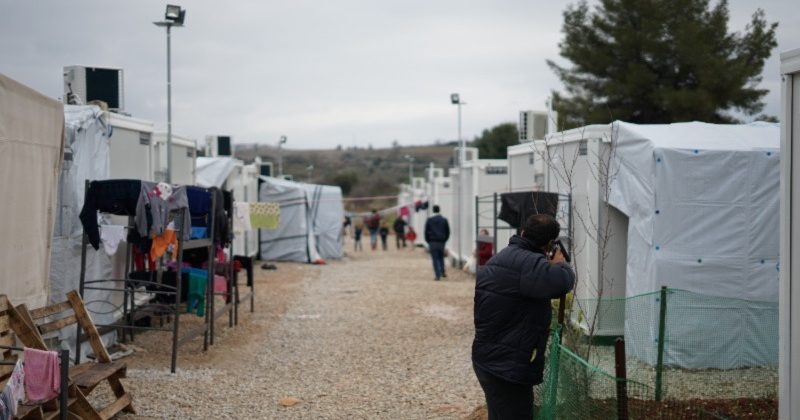 Since the Global Compact on Refugees (GCR) was adopted in 2018, there has been growing acknowledgement that development actors have a key role to play in supporting refugees, particularly when it comes to their social and economic integration over time.

Our research into the humanitarian-development nexus in refugee responses spans three evaluation projects commissioned by UNHCR. Between 2019 and 2022 we conducted a cluster of country evaluations in Afghanistan, Angola, Egypt and Iraq, alongside two thematic evaluations into UNHCR’s asylum capacity development and its support to voluntary repatriation.

UNHRC, the UN Refugee Agency, leads and coordinates international action to protect refugees and resolve refugee problems worldwide. Its mandate was designed to focus on humanitarian protection in emergencies and does not naturally lend itself to the acquisition of long-term development skills.

Yet, in 2020, at least 26 million displaced people worldwide relied on this expertise, so where do we go from here?

This is a dilemma UNHCR has been grappling with since long before the adoption of the GCR. Its 2008 Policy Framework for Return and Reintegration calls for pragmatically balancing these options. This, in effect, has been the course followed by UNHCR in the past decade, although more recently the GCR has opened important new avenues for cooperation with development partners.

During our evaluations, we found that UNHCR’s development programmes focused on geographic locations rather than sectors of activity generally yield good development outcomes in a range of diverse environments, thanks to solid in-house expertise gained over the years.

Read more on our humanitarian work

However, area-based programming is often successful due to the fact that it largely bypasses national state structures where development needs are often more demanding.

At national level, UNHCR’s forays into development has generally focused on technical sectors closely tied to its mandate. As in area-based programming, its development efforts often evolve from existing humanitarian work, with the aim of improving the sustainability of programme delivery by building on local potential.

For example, UNHCR supports governments in the development of their capacity to process refugee applications, in the wake of large scale cross-border displacements. In Iraq and other volatile countries where civil documentation is key to personal safety, it helps governments build their capacity to deliver national identity documents to displaced persons and other groups at risk. In recent years, it has also become involved in efforts to bolster national safety nets to enable vulnerable groups to shift from emergency relief to long-term social protection schemes.

The outcome of these efforts varies depending on the context. Overall, however, where cooperation with national governments produces the desired results, the level of support offered by UNHCR is usually extensive. Where assistance is curtailed, though, a drop in the volume or quality of service delivery often follows, raising questions about the sustainability of the effort made.

In most countries concerned, long-term, durable support for refugees is usually needed across a broad range of areas, including economic and social recovery, governance, security, and the rule of law. In most of these countries, the scale of the effort needed is far too great for UNHRC to tackle alone.

In the joint pursuit of solutions to these issues, UNHRC has mobilised development and other aid actors through cooperation and partnerships. Examples include:

These examples are only three among a raft of decisive measures taken to support the humanitarian-development nexus in refugee operations and show clear progress since the adoption of the GCR. However, findings from our recent evaluations suggest that within the aid community, more still could be done to open up new spaces for inter-agency cooperation on refugees, and to support the success of partnerships in the long-term.

This is illustrated by the slow response to UN Secretary General Decision 2011/20, which was passed more than 10 years ago. The Decision instructs UN actors to work together on the long-term reintegration of returned refugees and internally displaced persons. When interviewing UN staff we found that, in its execution, the Decision was sometimes slowed at country level by competing agency claims for leadership over joint efforts. In line with the Decision, a review of these efforts should have been conducted in 2016, yet if it ever took place it was never made public. Our evaluation found limited evidence of follow up in subsequent years.

How do we build better partnerships?

Our evaluation suggests that concentrating efforts on area-based programmes initially can allow models for humanitarian-development partnerships to be tested before they are taken to scale where appropriate.

But in pursuing these opportunities two key elements should be kept in in mind:

A mixed approach to programming, covering both refugees and other vulnerable groups, can help minimise silos and drive down costs, and may also reduce barriers to broader-based partnerships and donor support. This approach is typically adopted by UNHCR and other aid agencies. Nonetheless, when setting out long-term strategies involving multiple actors, the temptation is always strong to allocate responsibilities on the narrower basis of formal agency mandates and the corresponding status of beneficiaries.

Instead, agency roles in joint plans and strategies should be based on a pragmatic understanding of local development needs and each agency’s strengths in a specific context. Comparative advantage and needs-based approaches to programming have gained currency in the aid sector in recent years, but remain challenging in their application. There is a need to persevere in these areas, where good leadership is key to further progress.

It is now widely accepted that – in protracted emergencies especially – the relationship between the humanitarian and development sides of an aid effort is not a linear progression from one to the other. Instead, it looks more like an ongoing form of co-dependence.

Nonetheless, the notion of a transition from emergency to development aid and, ultimately, to national self-sufficiency still holds powerful sway over the way aid programmes are funded and structured in fragile states. A better alignment of programme paradigms with the reality of protracted emergencies would be in everyone’s advantage.

In the four years since the adoption of the GCR, real progress has been made in linking up the humanitarian and development sides of refugee responses. Slowly but surely the global aid architecture is evolving to enable further convergence in this area.

But there is still a long road ahead, and continued momentum at both political and programme level will be critical to reach the objectives set out in the GCR.

To learn more about the evaluations discussed:

Global mass displacement has been placing increasingly heavy pressure on the capacity of national asylum systems to process asylum applications....

Identifying and implementing durable solutions for refugee populations is part of UNHCR’s mandate and has been one of UNHCR’s core functions....

UNHCR’s country operations aim to work effectively to pursue protection and solutions, to support the inclusion of internally displaced,...

60 Seconds on Migration and Forced Displacement

Elisa Sandri discusses recent highlights and challenges from our work around Migration and Forced Displacement as we lead evaluations and...

Evaluation at the humanitarian-development nexus: Lessons from the DRC

Having only joined Itad in late 2019 as a research analyst, I was eager to get out into the field and explore the world of development. My first...

Learning from Covid-19: insights on the effective protection of refugee rights