Champion building: identifying the best people for your advocacy programme

The second blog in our champion building for advocacy series explores identifying champions in different contexts for successful, adaptive strategies.

In the first blog of this series, we identified the different types of champions and defined their typical characteristics. We defined a champion as an individual who is influential, aligned, committed, and capable in advancing an issue or set of issues, although what this looks like in practice will vary.

This blog, therefore, explores the key factors to consider when identifying and assessing potential champions in relation to their operating context. 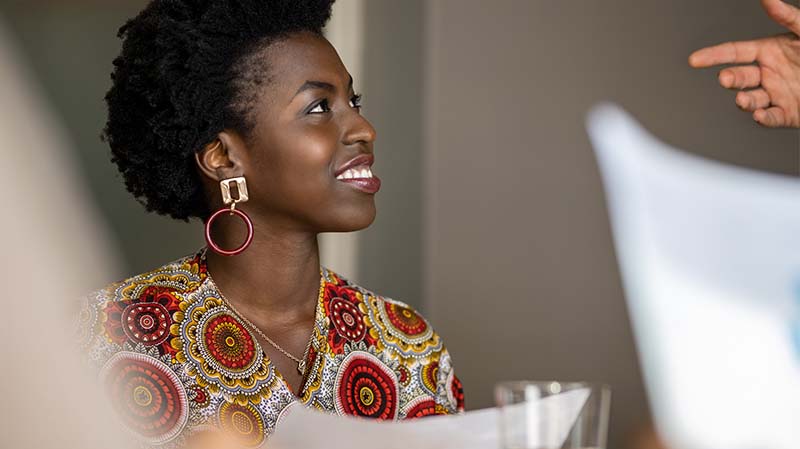 1. Build multiple and varied types of champions into your strategy

Social problems are often complex issues that require multi-stakeholder collaboration and collective response. Working with multiple champions, especially different types of champions, is almost always preferable because it creates opportunities to access multiple stakeholders to influence change in specific and tailored ways. Additionally, building a varied pool of champions from the outset allows you to readily seize unexpected opportunities.

In turn, in the rare cases in which the resolution of an issue is more straightforward, working with a small group of ‘insider’ champions may be more beneficial. These champions can influence a policy outcome quickly, directly, and with limited opposition.

2. Champion building should be less about working with individuals who are already influential and more about addressing inequalities around whose voices are heard

Done correctly, champion building creates an opportunity to support wider and more diverse participation in policymaking by bringing traditionally underrepresented groups, such as racial and gender minorities, to the table.

Some identify champion building as a vehicle for the intentional expansion of leadership. For example, the Open Society Foundations (OSF) direct resources to support Black-led justice organisations and Roma leaders to have a greater political voice. Oxfam’s policy influencing approach also aims to shift the power imbalances by expanding civic spaces and supporting citizens and civil society to actively engage in decision-making processes.

3. Build relationships with the long-term in mind

Policy change often requires influencing multiple issues over several years. For successful advocacy engagement, a champion building strategy should look to cultivate a long-lasting (4+ years), trusting relationship between an organisation and its champions.

Sometimes, champions transcend specific matters and lend their influence across multiple themes. These champions can complement strategies that focus on one problem by advocating for valuable solutions to multiple concerns that share a root cause. For example, a champion may seek to tackle open defecation by addressing the wider significance of promoting good hygiene.

“People usually define champions in very specific terms, oftentimes linked to specific issues, but the people we want to influence may not think about singular issue, they think about the system [as] a whole.
Champions for life: How to identify, support, and evaluate advocates for social change (full report)

The results of champion building investments will often be seen beyond the timescales of a specific policy issue, so it makes sense to think of engaging champions for multiple issues over many years.

Identifying the right kind of champion for your context

There are three key contextual factors to consider when identifying the ‘right’ type of champion.

Figure 1: main factors and sub-factors we identified when considering the best champion for your context.

1. Political – the extent to which there are freedoms of association, peaceful assembly and expression

Political context can determine who leaders may listen to in implementing change, such as people in their inner circle versus advocates from abroad. Different contexts present different influencing opportunities and constraints.

The table below, while not prescriptive in any way, provides a guide to what approach may be most successful in certain contexts.

2. Sociocultural – considering a champion’s potential influence on the audience

Consider champions who will best appeal to the demographic groups most important to your goals. For example, in some cases, local champions will be more effective than international ones if they are perceived as lending credible and contextually informed opinions to the debate.

Similarly, in the Middle East young people comprise a large part of the population, so involving them as champions could be critical to sway the political or public opinion on an issue.

Furthermore, in countries where group cohesiveness is culturally more important than individual contributions, such as Japan, warmth and generosity may be seen as traits of a good spokesperson (see Susan Fiske’s ‘stereotype content model’) and therefore lend credibility.

Conversely, in countries such as the US where an individualist culture is dominant, those with ‘hard’ characteristics such as high socioeconomic positions and/or formal power are more likely to be regarded as competent.

3. Issue context: identifying which types of champions to engage at different policy stages

In addition to the political and sociocultural context, the approach you take to engage champions will vary depending on the issue you are dealing with. For example, if an issue is politically sensitive or unpopular, a decision-maker may be less willing to engage with a champion directly.

Similarly, if an issue is close to resolving, a valuable champion would be able to propose a specific plan of action. The model below provides a helpful guide to identifying which types of champions to engage at different policy stages (while recognising that processes are often not linear).

Of course, not all contexts will neatly fit these criteria. However, we hope they provide a practical starting point for what to consider when planning work with champions in a particular setting.

The effectiveness of champions will naturally also depend on many more factors that cannot be predicted at the onset, but it is always better to be aware of potential challenges and have realistic expectations about what champions are likely to achieve during your engagement with them.

Stay tuned for the next part of our champion building series where we will be discussing how best to support champions once you have identified them.

Read the full report: Champions for life: How to identify, support, and evaluate advocates for social change

We are collating and presenting learnings from literature and practice of champion building to contribute to the wider field of advocacy and...

Champions for life: How to identify, support, and evaluate advocates for social change

‘Champion building’ is a key advocacy tactic that many organizations including the Bill & Melinda Gates Foundation (BMGF) employ in their...

Champion building for advocacy: what is it and when to use it?

Champion building seeks to identify and empower individuals to act as advocates for change. Our new blog series asks the key question: what makes...